A big thanks to Ryan from Fresh Nature Foods for contributing this post.

You say garbanzo, I say GREEN garbanzo? That’s right folks. Sit down for this bomb shell but garbanzos (aka chickpeas) don’t just come reconstituted from a can anymore! Thanks to the propriety methods of Fresh Nature Foods, you can now find garbanzo beans GREEN, which simply means harvested early while at their peak of flavor and nutrition. 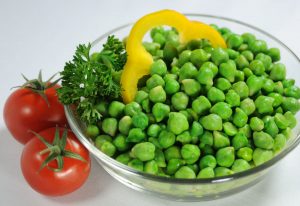 Now, don’t get me wrong, a lot of people have known about fresh green garbanzo beans and their superior nutrition and flavor for years. In fact, in many countries such as Mexico and India green garbanzo beans have been a seasonal delicacy for centuries. However, because of the short season that the garbanzo is in its green state, they traditionally could only be found on street corners and farmers markets during certain times of the year. Fresh Nature Foods has changed that game by now offering these same great beans year round as a product washed, blanched and flash frozen within minutes from the field!

At Fresh Nature Foods, we began as a small family farm dating back four generations in the beautiful rolling hills of the Palouse in the Pacific Northwest. With a deep rooted focus on innovation and sustainability, it only made sense that we would become the first company in North America to develop technology to harvest garbanzo beans early or “immature” and bring a once seasonal item to stores all across the continent.

Because of our focus on innovation and sustainability, it also only made sense that we would team up with the fine folks at the Whole Planet Foundation, who provide a crucial hand up to women across the globe through their micro-lending programs. For calendar year 2014, we have dedicated $2.00 from every case of green garbanzo beans sold through prepared foods to support the efforts of Whole Planet Foundation.

Our fresh frozen green garbanzo beans are the newest super-food to hit Whole Foods Market and are making a splash in salad bars, soups and grab and go packs across the country. By supporting Whole Planet Foundation we now have an amazing mechanism to empower the same innovation and entrepreneurship all around the world!